When we heard that the Scrumptious sandwich and coffee shop in Wilmington was peddling Indian food too, our taste buds stood to attention and demanded immediate gratification.

Like any sane desi, we crave Indian street food such as Pav Bhaji, Bombay Sandwich, Dabeli etc. So we hotfooted over to Scrumptious on Delaware Ave in Wilmington.

In retrospect, our Scrumptious visit was a mistake as their Indian food turned out to be disappointing.

Sandwiched between a Mexican Grill/Tequila Bar and Harrington Real Estate, Scrumptious does not have much of an ambiance.

There are tables upfront, frozen yogurt machines and kitchen counter on the left and a few tables at the rear.

When we walked in, three customers were digging into their yogurt.

There was a stiff, unsmiling, frozen Indian waiter/counter-person wearing a doleful expression behind the counter. Why do Indian waiters always sport a funereal look?

Only as we were leaving did this waiter/counter-person warm up a bit, inquiring about the food and volunteering that he hailed from Bucks County and that his name was Vishnu. 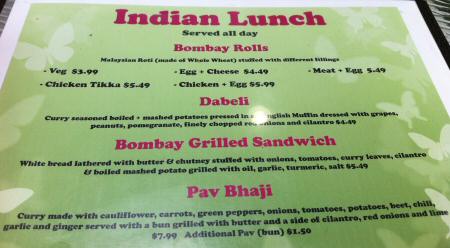 Scrumptious Indian Lunch Menu - Rip-off Prices
Since we love frozen yogurt, we also picked up a cup to get ourselves some dessert.

Our Indian street food order was ready in about ten minutes and all items were delivered together at the table.

Dabeli is a snack popular in Western India. 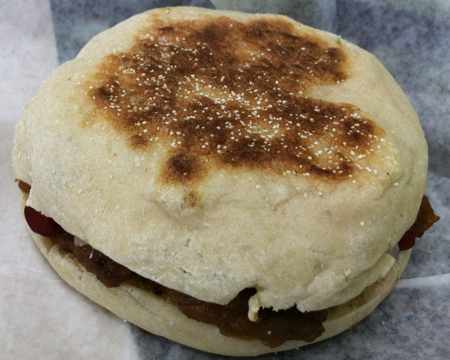 Dabeli - $4.49
Dabeli included a small English muffin with a pressing of mashed potatoes and dressing of peanuts, pomegranate and onions.

One bite into the Dabeli and we reeled back in horror.

Dabeli turned out to be way too salty to render any joy.

In our lexicon, too much salt in a dish bespeaks of utter carelessness or a chef unschooled in the basics of cooking.

The Dabeli was also missing on the grapes and cilantro dressing promised in the Scrumptious Indian lunch menu. 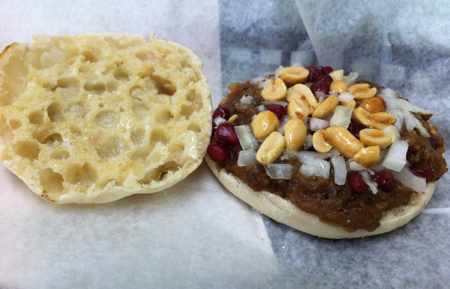 The $7.99 Pav Bhaji turned out to be second disaster. 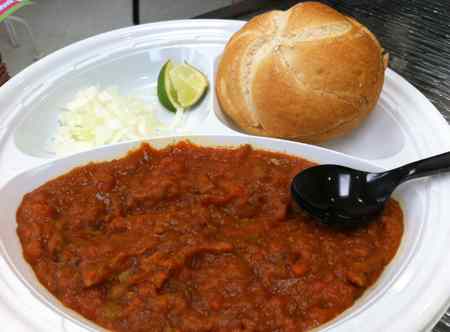 Pav Bhaji - $7.99
There were multiple issues with the Pav Bhaji:

Besides not being value for money, Indians are unlikely to be satisfied with the taste of this travesty. 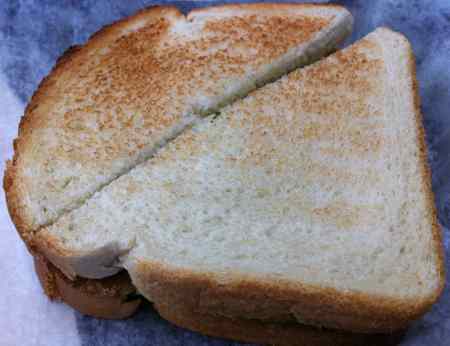 Bombay Grilled Sandwich - $5.49
The sandwich included a smearing of Green Chutney and some mashed Potato Curry. It was a bit warm and did not taste bad.

But it was far from scrumptious. 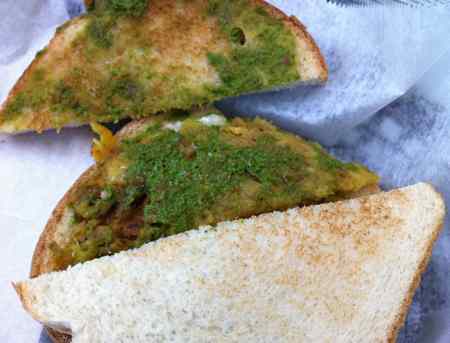 Bombay Grilled Sandwich - Inside Story
While the sandwich was not bad, we felt cheated because it did not include everything promised on the menu.

While our Bombay Grilled Sandwich included chutney and mashed potatoes it was missing on the onion, tomatoes, curry leaves stuffing, and was way too light on the butter. 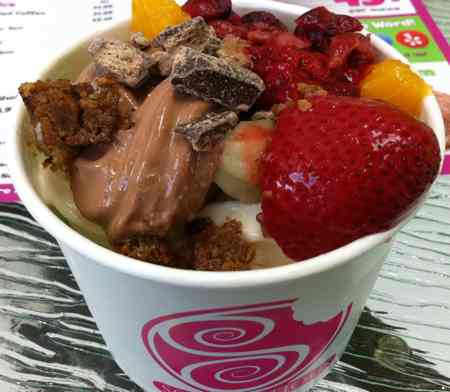 The yogurt was alright but nothing to get excited about.

The stiff Indian waiter never cared to say "Hello" as we walked in.

If you can't greet and smile at a customer, the food business is not for you. Hell, we get a warmer welcome when we go to McDonald's for a $1 Hot & Spicy McChicken

Our food at Scrumptious came with enough napkins.

Tables were clean and there are electric plug points in the store if you want to charge your mobile phone. The restaurant also has free Wi-fi but it did not work during our visit and asked us for a password.

All in all, the Indian food we ordered at Scrumptious was a big let down.

We're unlikely to return to Scrumptious any time soon. - © DelawareIndia.com